...at my campsite on San Juan today. Three blacktails: a doe and two fauns. The doe slinked out of the brush near where I was dripping coffee for breakfast. She looked at me with caution-- not as if she were afraid of me hurting her, but as if she didn't want to startle me, wake me up, disturb my breakfast.

I squatted and turned my head, making myself look small and unthreatening. She crept out of the brush, two spotted fawns scampering with excitement next to her.

It's the kind of thing I would have called my father to tell him about last summer-- and I almost tried to today. I had pulled his number up on my cell phone before my bleary, early-morning brain remembered.

It made me think of this poem by Donald Hall:

white apples and the taste of stone


Tomorrow I leave on the first of six sea kayaking trips over the next couple of months. The trips are shorter this year, to my dismay, but should be fun all the same...
Posted by Raimbaut D'Aurenga at 5:30 PM No comments:

This runs Tuesday and Wednesday in the Times-Pic. It was the most difficult thing I've had to write-- for many reasons.

I don't feel capable of writing much more about this right now. There is, of course, much more to say, but somehow it feels trivial to write about it in this medium. I may write more about my father's death later, but I doubt it will be here.

I am resigning myself to missing this man every day for the rest of my life.

Richmond Minor Eustis, a lawyer, died Saturday in his home in New Orleans after surviving cancer for nearly two years. He was 63.

The son of David Eustis and Molly Minor Eustis, Richmond Eustis was born in New Orleans and graduated from Isidore Newman School. He earned a bachelor’s degree in economics from the University of Virginia, where he was a member of Alpha Tau Omega fraternity, and he earned a JD from Tulane University Law School.

An expert in corporate and admiralty litigation, Eustis began practice at Phelps, Dunbar, then joined Monroe & Lemann, where he became a partner. He later founded the firm Eustis, O’Keefe & Gleason, where he practiced until shortly before his death. He was a member of the Maritime Institute and the Louisiana Bar Association, and was admitted to federal practice before the Fifth Circuit U.S. Court of Appeals and the U.S. Supreme Court.

His survivors include his wife of 38 years, Catherine Baños Eustis; two daughters, Julie Eustis Vaicius of New Orleans and Molly Minor Eustis of New York City; two sons, Richmond Minor Eustis, Jr. of Baton Rouge and Joshua Leeds Eustis of Chicago, IL; his brother David Leeds Eustis of New Orleans; his sister, Kate Eustis of Birmingham, AL; son-in-law, Christian Vaicius; two grandchildren, Lucy and James Vaicius, and more than a score of adoring nieces and nephews. His family and friends were gathered around him as he died.

Eustis served on the board of the Children’s Bureau and the New Orleans Board of Trade, and was an advisor to family-owned White Plantation. He was a member of the Inns of Court, the Sons of the Revolution, the Louisiana Club, and the Boston Club.

In addition to his legal work and his board work, Eustis enjoyed working outside in his yard or around his Lafourche Parish house. Blessed with what he liked to call “a trivial mind,” he was fond of the works of J.R.R. Tolkien, of punning humor, and of the dogs who flocked to him.

He also was one of a handful of people expert in the history, repair and maintenance of traditional Carnival flambeaux.

A funeral service will take place Friday at noon at Trinity Episcopal Church, 1329 Jackson Ave., in New Orleans—the church where as a boy Eustis served as acolyte. Burial will follow at Metairie Cemetery. Visitation will begin at 11 in the church.

In lieu of flowers, donations may be sent to one of the following groups: the Trinity Episcopal Church Medical Mission, 1329 Jackson Ave. 70130, the Kellermann Foundation/Bwindi Community Health Center—Uganda, P.O. Box 1901 Penn Valley, CA 95946, or the Delta Chapter of Alpha Tau Omega fraternity at the University of Virginia, P.O. Box 400314, Charlottesville, VA 22904.
Posted by Raimbaut D'Aurenga at 11:16 AM 4 comments:

Humanism Ends With a Whimper 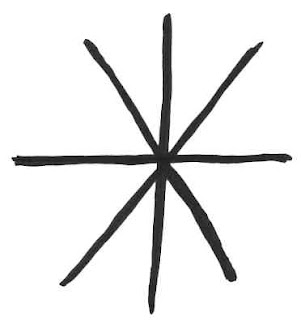 Yes, after 800 years of education as a process for the liberation of the soul, a new way of considering education has come to dominate: the training of students for standardized jobs. Contemplative thought is out, problem-solving and rote repetition of tasks is in.

(Of course, in a sense this is nothing new: education almost always serves the needs of the society footing the bill for it. If you think education isn't working or that the schools are crappy, it's not a bad idea to start asking why we have chosen that such should be the case.)

Anyway, here's Stanley Fish on a new book by a student of his, Frank Donoghue (called, incidentally The Last Professors: The Corporate University and the Fate of the Humanities):


How has this happened? According to Donoghue, it’s been happening for a long time, at least since 1891, when Andrew Carnegie congratulated the graduates of the Pierce College of Business for being “ fully occupied in obtaining a knowledge of shorthand and typewriting” rather than wasting time “upon dead languages.”

Industrialist Richard Teller Crane was even more pointed in his 1911 dismissal of what humanists call the “life of the mind.” No one who has “a taste for literature has the right to be happy” because “the only men entitled to happiness . . . are those who are useful.”

The opposition between this view and the view held by the heirs of Matthew Arnold’s conviction that poetry will save us could not be more stark. But Donoghue counsels us not to think that the two visions are locked in a struggle whose outcome is uncertain. One vision, rooted in an “ethic of productivity” and efficiency, has, he tells us, already won the day; and the proof is that in the very colleges and universities where the life of the mind is routinely celebrated, the material conditions of the workplace are configured by the business model that scorns it.

The best evidence for this is the shrinking number of tenured and tenure-track faculty and the corresponding rise of adjuncts, part-timers more akin to itinerant workers than to embedded professionals.

I've ranted here before about the ascendancy of the corporate model for increasingly large shares of our world. By this I don't mean the corporate takeover and "privatization" of more and more of economic life. Rather, I'm referring to the adoption of an efficiency-obsessed, profit-fetishizing, model for non-business pursuits such as law, medicine, and yes, academia. Market pressures make an operation leaner; it's true. More efficient, sure. But one loses the point of pursuing law, medicine, or deep study of a subject. It's just not the right model for these things (or many others). I'm not going into it further here.

The main purpose of some (though increasingly few) pursuits is not the generation of profit.

So, even those who hoped to escape the god of efficiency by going into medicine or, say comparative literature, are reduced to "service delivery" cogs in an enormous profit-generating machine. And the profits are generated, no doubt there. But if you can deliver service without the doctor-- or with only 4 minutes of a doctor's time, or by eliminating tenured professors in favor of podcast lectures-- then that's efficient. But medicine is harmed. As is education. Fish and his student are right. I'm hoping against hope I don't end up in a miserable adjunct job for the rest of my life. Increasingly it's the kind of hope one generates on buying a Powerball ticket.

To repurpose a quote by Gov. Edwin Edwards: "A Ph.D. program is tax on people who are bad at math."


The for-profit university is the logical end of a shift from a model of education centered in an individual professor who delivers insight and inspiration to a model that begins and ends with the imperative to deliver the information and skills necessary to gain employment.

In this latter model , the mode of delivery – a disc, a computer screen, a video hook-up – doesn’t matter so long as delivery occurs. Insofar as there are real-life faculty in the picture, their credentials and publications (if they have any) are beside the point, for they are just “delivery people.”
...

Those ideas have now triumphed (Carnegie and Crane are victorious), and this means, Donoghue concludes, “that all fields deemed impractical, such as philosophy, art history, and literature, will henceforth face a constant danger of being deemed unnecessary.” And as a corollary “professors will come to be seen by everyone (not just those outside the academy) as unaffordable anomalies.”

In other news: in an effort to save the state a couple of bucks, Gov. Jindal has proposed cutting health care (never medicine, now) and higher education. One of the departments on the chopping block?